Rethinking the nature of financial systems as complex systems

The twentieth century brought a great deal of changes to the financial industry. It saw shifts in global power dynamics, the rise of central banking systems to hegemony, the divorce of money from precious metals, the advent of the forex market, the explosive growth of the derivatives market, the rise of the computer and of the internet. Despite all these seemingly evident phase transitions, the twentieth century also brought a very mechanistic view of reality, and subsequently of the financial system.

The technological revolution brought with it the ability to compute as never before and the financial industry soon began relying on financial models as tools to enhance decision making. Only no one told the financial modellers that the mathematical tools given to them were not made for finance. Least Squares Regressions were invented by Legendre and Gauss in the beginning of the nineteenth century to determine the orbits of comets and planets around the sun; the Brownian motion was mathematically formalised by Einstein to explain the random motion of particles in a fluid. The list goes on.

Throughout this article, we will look at the financial system as a complex system, a subset of society, interacting nonlinearly with it.

Tomorrow is not yesterday

The idea of business cycles is extremely dismissive. Cycles exist in nature, self-evidently we sleep at night and do our deeds during the day. However, in nature, a great deal of processes do not emulate eternal loops. Society moves forward, cultures and languages incrementally change over time via selective processes that mostly, akin to natural selection, work via negativa. Economies likewise are non-cyclical in nature.

Hayek viewed economies as complex systems. Economies as complex systems have people as their individual components, companies and organisations as nested systems, and these compete and cooperate dynamically with each other. They are formed as a unified whole through people’s interactions, relationships and dependencies. Due to their complexity and scale, economies are systems that are computationally intractable and do not follow the principle of uniformity.

New businesses are brought forward by entrepreneurs. The ones that fail are filtered out by the system leaving only the ones that work. These new businesses compete with established ones and thus inject stressors into the system via competition. Recessions can happen for an inexhaustible number of reasons, but regardless of the reason, endogenous or exogenous, they stress the system by eliminating actors who are less prepared and hence increase the resiliency of the overall economy (the exception being recessions that risk collapsing the system).

The market has no chief executive

The financial market is a decentralised network that exhibits self-organisation and through its local interactions develops an emergent behaviour that is more complex than the sum of its parts. Since the market exhibits a more complex behaviour than its components, the ability of a given component to intellectually grasp the entire system is mathematically bounded. That is, no person can fully understand the market as the market has an intelligence of its own.

Soft solids sometimes behave as solids and other times as liquids. Ketchup is one such soft solid; whenever we want to get some out of a glass bottle, nothing comes out at first and then suddenly… everything comes out. Variables such as inflation and interest rates are like ketchup — they are highly non-linear. But there is more to it than that.

Nonlinearity represents a challenge in statistical modelling because the degrees of freedom are increased dramatically. Furthermore, in complex systems such as financial markets, the key explanatory properties of the systems are themselves dynamic, thus the cause-effect relationships between variables may not be constant over time. Another conundrum.

Furthermore, studying social phenomena entails observing individuals or a group of individuals according to a certain metric or quality. However, contrary to physics or chemistry, both the observer and the observed are conscious beings. By being aware, conscious beings change their behaviour according to their environment. By observing the observed, the observer changes the behaviour of the observed and thus changes the causal connections of the variables being measured, prior to post transparency. In a similar fashion, private companies are known to be managed differently from publicly-quoted companies as the observer effect interacts with the incentive structure. In the fixed income space, the collective act of measuring the risk of a security may interact with the risk of the security itself.

The economy and the financial system live in the thick-tailed domain. The law of large numbers, when it works, works too slowly. As an illustration, Gaussian distributions start yielding results pre-asymptotically with a sample size of 30 observations. For distributions such as the Pareto distribution the number of observations required is around 10¹⁴. In-sample moments rarely correspond to the moments of distribution and the true tails are likely to be underestimated in the empirical distribution. In practice, these points mean that a maxima is a dynamic and not static property. In fact, it is likely that local in-sample maxima will eventually be surpassed. As a consequence, one should always stress-test the portfolio to losses that are higher than those that have been historically observed. From Extreme Value Theory, one should extend the tails of the empirical power law class distributions using the Block Maxima or Peak-over-Threshold techniques. One should also consider that plug-in estimators via Maximum Likelihood Methods can estimate some parameters of the distribution with a low error rate and thus be used to estimate the mean of the distribution, instead of sampling it directly.¹

Another important concept to grasp is that capital accumulation and wealth creation is nonergodic.² To understand ergodicity, consider that the outcome of 30 individuals playing in a casino for a day is largely different from an individual playing in a casino for 30 days. In the first example, if player 28 goes bust, player 29 can still make a profit. In the second example, if the player goes bust on day 28, there is no day 29. In other words, there is path dependency and the risk of ruin creates an absorption barrier. Therefore, when considering an investment opportunity, one should consider that the ensemble probabilities are different from the time probabilities.

Nature deals with uncertainty not by forecasting, but by being antifragile. The muscle tissue in our bodies is antifragile;³ exercising damages the muscle fibers and in turn, our body overshoots muscle creation and thus prepares our muscles for future uncertainty. Financial markets need a certain degree of volatility in the same way muscles need to be frequently exercised. Suppressing natural fires can lead to the accumulation of flammable materials over time, thus increasing the risk of catastrophic fires. In the same way, suppressing market volatility can lead to periods of relative stability followed by periods of great disruption. Unsuppressed market volatility shakes out excess leverage in the system recurrently. On the other hand, prolonged periods of low volatility allow for leverage to build up without there being stressors to put in check. As a result, the risk of large market losses builds-up.

Nature likes redundancy. Having two kidneys is largely different from having one big kidney, because redundancy increases the chance of survival. The caveat here is that there is a trade-off between redundancy and efficiency. During a pandemic, such as the one we are currently living in, businesses and households that provision against future unforeseen events are able to survive better than the ones who do not. Warren Buffet, arguably one of the greatest investors ever, understands that in order to win in the long term, one first needs to ensure survival. Being overoptimised, in other words overleveraged, increases the investor’s risk of ruin.

Since the enlightenment era, the tendency has been to try to clear the epistemic opacity in systems, thus eliminating uncertainty and leading to decision making under the illusion of certainty. However, in complex systems at the human scale, epistemic opacity cannot be eliminated and therefore we need to learn how to live with it. In financial markets, we cannot control the probability space effectively, but we can focus on the payoff space.

It is all about taking bounded risks. 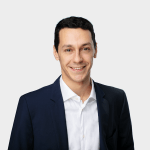