With European government aid schemes coming to an end, digital lenders have a lucrative opportunity to write considerably more business. Traditional banks are often reluctant to dive head first into the SME sector – they often don’t have the back-end infrastructure they need to make servicing large numbers of SME loans worthwhile. This is where digital lenders can thrive. Through low-cost, tech-driven processes, digital lenders have the upper hand and can fill the gap as demand increases.

Amid the myriad of economic, social, and health impacts of the Covid-19 pandemic in Europe, one notable effect was the widespread implementation of loan support or guarantee schemes for businesses.

The size of these loans and the specific details of their implementation varied significantly on a country by country basis, but in several European Union countries, they amounted to over 25% of annual GDP, according to calculations by the European Central Bank.

However, as the severity of the pandemic abates, loan support schemes will cease to be extended. For non-bank lenders, this could lead to increased business lending opportunities. It’s worth noting that in several European countries, non-bank lenders were also able to participate in granting loans via the guarantee schemes.

Finora Capital, a Lithuania-based digital lender, saw a dip in volumes in 2020 due to government-guaranteed loans, which were often granted by banks. Thanks to the more stable economic environment in 2021, business quickly picked up for Finora. Now, the expiry of government-guaranteed schemes could result in a further increase in demand for loans from alternative lenders, as Aurelijus Šveikauskas, CEO & Country Manager at Finora Capital (Lithuania), told CrossLend in an interview in February.

One area in particular where digital lenders saw declines was in factoring and invoice discounting. Andrew Tierney CFA, CrossLend’s Director of Capital Markets & Origination, comments that this type of financing is typically used to ameliorate problems associated with payment cycles and the impact on working capital.

“What the guarantee schemes did, in many cases, was provide faster financing. That’s why digital lenders in the factoring space have struggled. My view is that alternative lenders will start to write more business as these schemes begin falling away,” said Tierney.

It remains to be seen whether the lending schemes designed to support businesses through the pandemic will have an enduring effect – particularly on SMEs. Will they contribute to a persisting increase in the availability of business loans?

Over the past decade, European banks have scaled back their SME lending because of increased risk capital requirements. There are also operational costs associated with servicing a high number of smaller customers compared with corporate lending, though it is possible for banks with higher levels of digitalisation to mitigate these costs.

“Traditionally, banks seem to have held the view that servicing large numbers of smaller business customers was a lot of work given that this business segment hasn’t typically contributed a lot to net profitability,” notes Tierney.

“The question is, have the banks handled the influx of new business in a way that is scalable, namely by utilising low cost and tech driven processes, or have they done the same thing as before, while being able to ensure that recoveries stay at a certain level? Overall, we expect these outcomes to vary quite significantly on a market by market basis.”

Another incipient market trend is the utilisation of balloon loans, which are not fully amortising and where a portion of the principal is due upon completion (which can often be refinanced).

“Some lenders are electing to write balloon loans because they believe that businesses will be short of cash flow over the next couple of years, so they’re pushing the weight of the payments towards the end of the life of the loan and reducing monthly costs for borrowers. It will be interesting to see whether this practice becomes more widespread,” said Tierney.

Meanwhile, the abatement of the Covid crisis comes as Europe encounters a new crisis – Russia’s invasion of Ukraine. Apart from the humanitarian impact and security concerns, the conflict is set to be a drain on economic growth in Europe, especially in countries that had counted Russia as a significant trade partner. This brings uncertainty when it comes to prospects for further financial support for the worst affected countries and industry sectors.

An additional outcome of the impact of the Covid loan support schemes is an increase in non-performing loans due to the unusually lax underwriting policies for such loans.

In some cases, loans may have even been claimed under false or fraudulent auspices. For example, in the United Kingdom, out of the £47.36 billion worth of loans granted under the bounce back loan scheme, predicted fraud losses are as high as £4.9bn. Meanwhile, Germany has identified more than 25,000 instances of suspected fraud.

Outside of these extreme cases, there are also questions around delinquencies. recovery costs, and the impact of these loans on balance sheets. In some markets, there were restrictions on lenders selling on originations via securitisation or similar formats. In addition, investors may have reservations about the quality of loans written under a guarantee scheme because of concerns about weaker underwriting policies.

At a recent NPL conference in Berlin in March – NPL Technologies Summit Berlin 2022 – there was a consensus view that NPLs would spike in the coming years as loans with loose underwriting work their way through the system.

“The view is that there will be a lot of bad loans in the system. There will likely be a higher weighting to micro-SMEs, because these loans in particular were granted without any real underwriting processes – it was basically just fast cash deployed to businesses without checks such as affordability and other measures,” says Tierney. 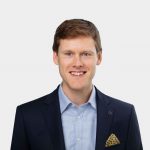