The rise of inflation as an economic force has complicated the outlook for investors, many of whom have seen historic losses in fixed income portfolios in the first quarter of 2022. But in private credit markets investors may actually benefit from features of this asset class, including variable interest rates, amortising loans with shorter durations, and higher yields to offset market volatility. “We believe this asset class will remain attractive even as yields on conventional fixed income rise,” says Christian Fischer, VP Strategic Business Development at CrossLend.

Private credit will remain attractive
With many bond investors facing the worst losses in years following the rapid steepening of the yield curve in the first quarter of 2022, private credit may be looking comparatively more attractive. “With the benefit of hindsight, having a larger stake in private debt as an asset class would have been a prudent defensive play against rising inflation. As an illiquid asset, investors typically receive higher yields, which can compensate them for volatility around inflation,” says Brian Kane, Director Capital Markets and Origination at CrossLend.

Private credit can be less exposed to fluctuations in interest rates – for example, much of the direct lending by private credit funds are variable interest rate loans. However, in the future investors may be able to find higher yields in conventional fixed income, as the volume of negative yielding bonds has steadily declined, reaching zero in the investment grade corporate bond market. The growth of private credit has often been explained by the search for yield within low rate environments, nevertheless even as rates rise, private credit should continue to offer a premium to investors.

“For investors that have already made the strategic decision to gain exposure to private credit, and have made that direct investment in infrastructure and connectivity, such as via forward flow funding agreements with strategic lending partners, they’re now benefitting from the pick up in rates as well as a diversified and seasoned portfolio, with defensive properties in an inflationary context,” says Kane.

Appeal of short duration portfolios
In areas of private debt, such as the refinancing of digital lenders, investors may benefit from investing in short duration portfolios in areas such as SME lending or consumer loans. The financing or refinancing of short duration loans such as trade finance, consumer loans, including buy now pay later (BNPL) – where the loan period can be as short as 30 days – protects investors from fluctuations in rates, while new loans are continually written at the current rate. There are also advantages associated with managing credit risk within loan portfolios with shorter maturities. Loans within these segments are often amortising, rather than bullet loans, meaning that investor capital can be rolled into new loans at the current rate. In segments with shorter lending cycles, originators can dynamically adjust their credit criteria or pricing of risk if there are significant changes to the economic outlook.“Overall, short duration makes it easier for investors to adjust a private debt portfolio in response to market developments compared with more traditional fixed income,” says Pedro Carvalheiro, Head of Investments.

Banks to benefit from positive deposit rates
While many European banks have been grappling with negative deposit rates, the prospect is now there for them to earn positive interest rates on deposits, whether at central banks or commercial banks, with low or zero risk weightings. While the yields on offer may seem paltry for more aggressive investors, for conservative institutions, the emergence of positive rates may mean less impetus for them to engage in riskier activities that attract capital charges, including within private credit. The hunger for more elaborate issuances and papers will be lower in a higher interest rate environment than in a low one. “Some banks will recognise that in some instances, they will earn enough money by just sticking to their core activities,” says Christian Fischer, VP Strategic Business Development at CrossLend. “On the other hand, banks that are rich in deposits but which are managing a smaller credit book, will continue to look for diverse investment opportunities with higher yield levels.”

Banks suffer from capital buffers requirements
The optimisation of risk weighted assets (RWAs) is a perennial challenge for banks, and one that is particularly prominent in 2022, notes Fischer. Apart from the looming requirements under the finalisation of Basel III (informally known as Basel IV), German banks in particular must contend the a countercyclical buffer of 0.75% (rising from 0%), and a separate 2% buffer related to residential mortgages, to be in place by February 1, 2023. Meanwhile, steep losses in bonds will affect many banks too, since tier one capital is often made up of sovereign bonds, and losses there are marked to market. This means that even if the loss is only a loss on paper, the capital buffers at affected banks will take a hit, at least in the short term. “For banks which are looking to grow their originations but which are facing capital limitations, RWA management tools like loan derecognition via selling assets to other investors – including other banks – provide one solution,” says Fischer.

The economic impact
The global economy faces a highly uncertain outlook due in part to the inflation dynamic, and the impact of rising rates on loan servicing costs, given the historically high volumes of debt. There is prospect of high inflation leading to demand destruction in areas like consumer discretionary spending, while some economists fear that stagflation could remerge. Nevertheless, impacts can be expected to vary widely between different market sectors and geographies. According to Christine Lagarde, President of the European Central Bank, increases in inflation in Europe have been driven in a large part by soaring energy costs, whereas in the US a tight labour market has been a major driver. Increasing rates in Europe would not drive down energy costs, noted the ECB chief, meaning there may be less of a push to increase interest rates in the eurozone. Such differences may result in divergent rates regimes in major markets around the world, affecting yields and currencies. Overall, the potential for regional and market specific differences point to the importance of investors building sufficiently diverse portfolios.

Conclusion
Private debt as an asset class has grown considerably in recent years. This growth has often been explained as a reaction to the low yields on offer in fixed income, driving a search for higher yields elsewhere. As investors now mull the impact of higher rates on their investment strategies, the broader set of attributes of private debt come into greater focus. Variable rates, amortising loans and the possibility of short duration portfolios may look attractive, along with the illiquidity premium dampening volatility. It seems likely that private debt will continue to offer yields with meaningful premiums to benchmarks – even if benchmarks are no longer negative. 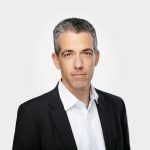 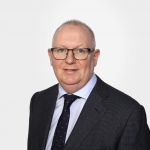 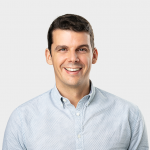 Due diligence on digital lenders

While investing in the originations of digital lenders can be attractive to investors, a robust and detailed due diligence [...]

The evolution of Bank-FinTech partnerships

Industry veteran Kate Pohl reflects on the maturation of the relationship between FinTechs and banks. She looks at the [...]

Making your time matter with Elaine

Hi Elaine, can you please introduce yourself? Where are you from, and how did you come to be living [...]