Securitisation is an important and flexible structure which is used by many investors. In this context, Luxembourg is one of the leading jurisdictions in Europe, with the aggregated balance sheet of financial vehicle corporations (FVCs) domiciled in Luxembourg at the end of Q1 2022 standing at 387.1 billion euros, with transactions that quarter totaling 4.9bn euros, according to data from the European Statistical Data Warehouse. CrossLend’s securitisation as a service utilises regulated and non-regulated structures in the Grand Duchy of Luxembourg.

A recent overhaul of Luxembourg’s securitisation law was aimed at making the structure more flexible for investors, streamlining setup and giving more clarity in key areas. In a recent webinar, Holger von Keutz, Securitisation Leader at PwC Luxembourg, and Paul Péporté, Partner at Allen & Overy, and CrossLend’s head of legal Antonine Sanchez gave an overview of some of the largest changes.

Broader means of financing of a securitisation vehicle

Under the current version of the securitisation act from 2004, one sticking point had been the definition of ‘securities’ as it related to foreign debt instruments. Foreign investors often want to include foreign debt instruments, typically from their home country such as the ‘Schuldschein’ in Germany or promissory notes from Spain.

Therefore, it could require work to establish that these instruments actually qualified as securities. Carrying out such an analysis could mean an extra step, adding complexity, time and costs. The amended act simply replaces the word ‘securities’ with the broader term ‘financial instruments’.

The move to allow a broader set of financial instruments also opens the door to wider use of refinancing options. So far, refinancing was only allowed by securities. The amended act allows for 100% loan financing, which previously was only allowed in limited circumstances such as during a warehousing period or only up to a certain threshold.

“This is one of the major changes, and we expect to see this being well utilised, it’s really appreciated by the market,” said Holger von Keutz, Securitisation Leader at PwC Luxembourg. “In addition, the ability to use a loan instead of issuing a security will be attractive in certain cases, such as when investors want the structure to remain private.”

One key distinction for securitisation in Luxembourg is whether it must be an authorised vehicle (namely, subject to ongoing supervision by the Commission de Surveillance du Secteur Financier [the CSSF]), or whether it can remain non-authorised.

Under the securitisation act, a criterion for a securitisation vehicle to fall into the authorised category was if it carried out public offers of securities on an ongoing basis. However, the law did not provide clarity as to the definition of what was meant by ‘public offer of securities’ and ‘continuous basis’ (although information was provided by the CSSF in the form of an FAQ).

The new law has revised criteria set out directly in the law, which will give arrangers more legal certainty when structuring issuances, said Paul Péporté, Partner at Allen & Overy. These are now more aligned with the definitions used under the European prospectus regulation. Namely, a financial instrument is considered offered to the public if they are not issued only to professional clients (as per MiFID II), issued with a denomination below 100,000 euros, and if they are not placed by way of private placement. Meanwhile, ‘continuous basis’ is defined as more than three issuances in a financial year.

“Given that many arrangers will prefer for their vehicle to remain non-authorised, we now have more clarity,” said Péporté.

While over the past 15 years the Luxembourg securitisation market has been a major hub for securitisation across many asset classes, one asset class that was missing was the use of CDOs and CLOs. Why? The main blocking point had been that the CSSF had taken the view in its securitisation FAQs that a securitisation vehicle should remain passive when it comes to the management of the securitised assets (though this was not a restriction expressly foreseen in the law itself).

“We do need to make sure that the financial instruments issued by the securitisation vehicle are privately placed. But overall, this has been a clear message to the community, presenting an opening for Luxembourg to the CDO, CLO market. It will be interesting to see how this evolves in the future,” says Péporté.

The new law adds four additional partnership and corporate options. Under the old law, the possible forms were a securitisation fund, and four corporate forms: SARL, SA, SCA and Scoop SAs. In recent years, the SARL has been the most popular structure, because the minimum equity is only 12,000 euros, notes von Keutz. The new law adds four forms that have been introduced to Luxembourg law since 2004. These are: SAS, SNC, SCS, and SCSp. Utilising these can have an advantage as forms such as the SCSp and SCS can be tax transparent. 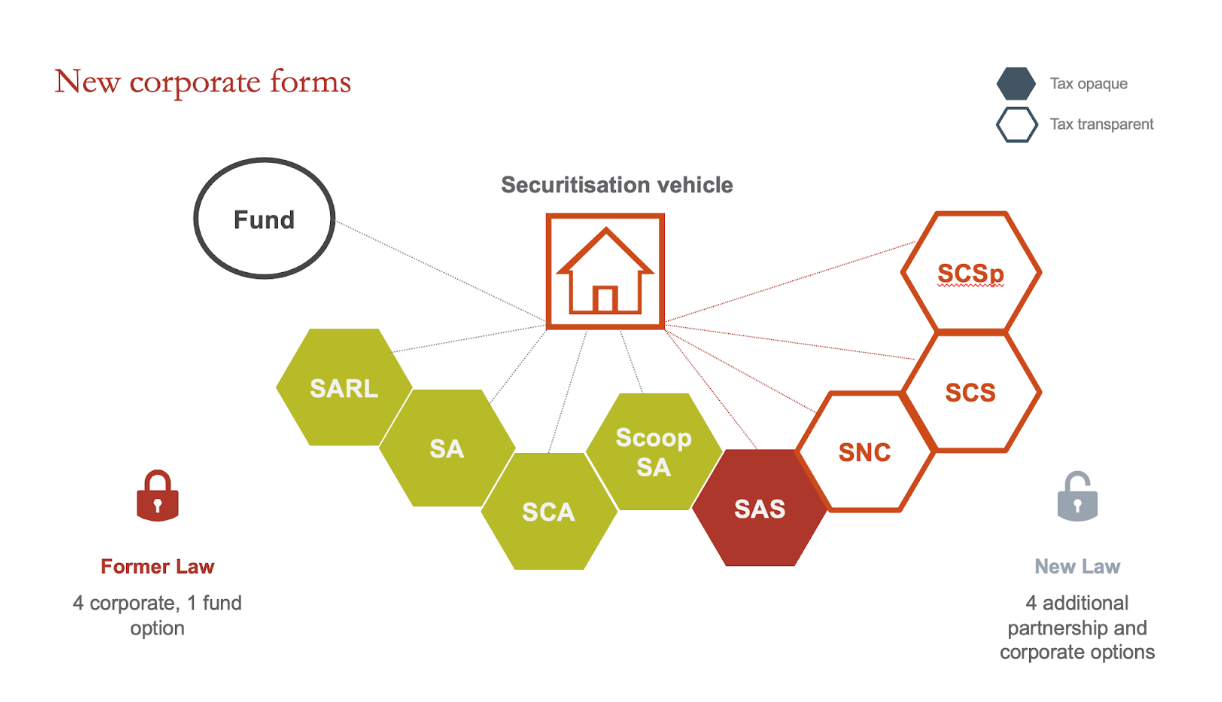 These clarifications can potentially also be relevant in the context of application (to a particular securitisation transaction) of the requirements of the European securitisation regulation, which provides for a specific definition of securitisation referring to contractual tranching (as against statutory tranching). It remains however to be seen how and to which extent this will be applied by the market.

Antonine Sanchez, Head of Legal at CrossLend, noted that in the past CrossLend has typically issued unitranche notes which don’t feature subordination. “But there was always traction on that topic, and I expect this new statutory subordination will be of interest to investors.”

“The rationale for this restriction was understandable, but in practice it was simply too simplistic,” says Péporté. “Actually it has caused issues on a number of securitisation transactions, particularly when there were banks involved that were indirectly providing financing for the acquisition of the underlying securitised assets, and there was no direct nexus between the funding bank and the underlying securitisation vehicle.”

“In these cases it was not possible to grant security to those banks. Some banks then decided not to proceed with these types of transactions. Alternatively, what we came up with was a rather complex security package to make the structure work. It was less than ideal,” says Péporté.

“We are now glad to have a new provision, which says a securitisation vehicle can only grant security or give guarantees to secure the obligations relating to the securitisation transaction. So the wording is broader, and will – in our view – allow the example of indirect financing by a bank, allowing the bank to get a security interest over the underlying assets held by the securitisation vehicle. This will help a lot, and it will allow us to be more competitive on the international securitisation markets, because I know that for a number of transactions, we lost ‘footprints’ because of this restriction,” he said. 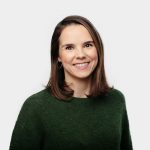 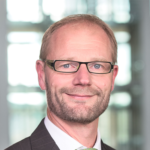 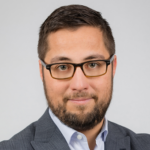